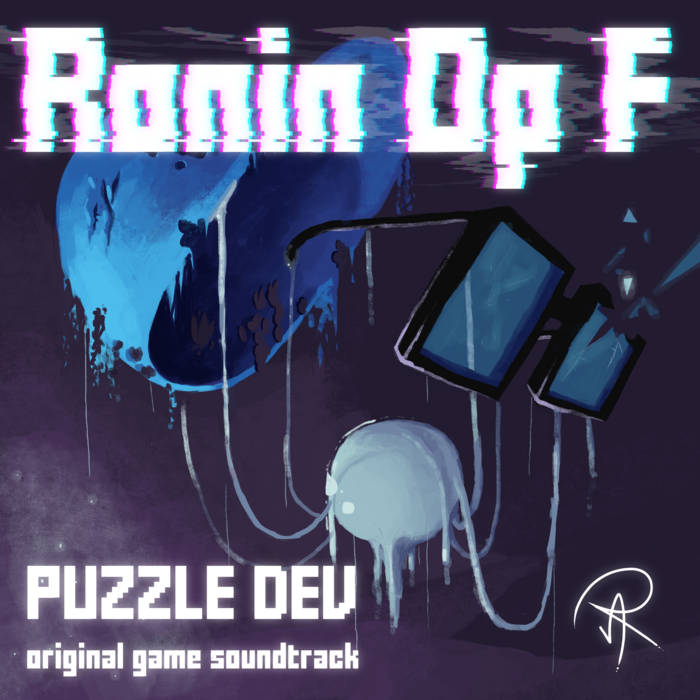 This soundtrack was made for a game jam about guiding a virtual avatar through levels using command blocks.

The game can be found here: ryhime.itch.io/puzzle-dev It was made for Blackthornprod Game Jam #1, and was featured in some of the videos Blackthornprod made as well as getting mentions for its sound design (which I also did). Unfortunately, the final voting was overrun with bots so true final positions are obscured, but the music did well, all things considered.

The album art was graciously designed by the marvelous sanderref (www.instagram.com/alexander_refshauge/) who was also the artist and animator for the game jam.

After the game jam, I decided to expand the soundtrack with full versions of the tracks; how I would've liked to have done them if I had more time. I really enjoyed creating this cold infiltrator hacker aesthetic soundtrack (partially inspired by Ghost in the Shell!), and can definitely see myself exploring that style more in the future. During the creation of the originals, I really tried to vary the emotions and pacing of the tracks while being cohesive overall (and, of course, be good level music for a video game!).

Thank you to all of my friends; especially my fellow musicians of all walks of life. You're all way too cool.

Another thank you to all the tea and boba shops I went to while I worked on this. Identity is both a theme of this album and of my life while making it, and you're inextricably a part of that.

Rest in peace, Sean Babbitt. We never knew each other personally (which I regret), but I strive to live your ethos in my own life and music.

let's go to the future, together

Bandcamp Daily  your guide to the world of Bandcamp